Big Tech, Free Speech and What It Means for Private Investments

The violent attack on the U.S. Capitol still infuriates, disgusts, and frightens. While we still don’t know the full story behind it, or what all the repercussions may be, this one has prompted many to demand that those who might provoke, organize or approve of such violence be denied a platform from which to spread their message, in the interest of public safety.1

Big Tech are the largest and most dominant companies in the information technology industry of the United States, namely Amazon, Apple, Google, Facebook, and Microsoft. In a country that places outsize value on free speech, was there no legal recourse for one of the most powerful people in the world for being booted from one of the internet's biggest communities?
Simply put: There are few — if any — legal challenges to the power Twitter and other tech companies wield over online speech.2

Many politicians now want to take on Big Tech with laws and regulations to address polarizing issues such as market power, data privacy, disinformation and hate speech. These calls for change have become louder after the insurrection of Capitol Hill, as more members of Congress have charged the Big Tech companies as the root cause of many problems.

SHOULD BIG TECH BE ABLE TO WIELD SUCH POWER?

The tale sums up the problem that social networks are encountering wherever they operate. They set out to be neutral platforms, letting users provide the content and keeping their hands off editorial decisions. Twitter executives used to joke that they were “the free-speech wing of the free-speech party.” Yet as they have become more active at algorithmically ranking the content that users upload and moderating the undesirable stuff, they have edged towards being something more like publishers.3

Legally, private companies can do as they choose. Section 230, passed in 1996, protects the Big Tech companies from being sued for the content users post on their sites. The law also creates a liability shield for the platforms to “restrict access to or availability of material that the provider or user considers to be ... objectionable, whether or not such material is constitutionally protected.” But carve-outs to this exemption are growing.4

However, some argue that Big Tech’s censorship decisions have lacked consistency or proportionality. Although Twitter cited a “risk of further incitement of violence” by Mr. Trump, the tweets it pointed to may not have crossed the common legal threshold defining an abuse of the constitutional right to free speech. Instead of focusing on individual posts for provocation, social media companies such as Twitter have often banned people, including the former President, pushing fringe voices further from the mainstream. Google and Apple also booted Parler, a small social network popular with some far-right groups, from their app stores and Amazon kicked Parler off its cloud service, which forced it offline entirely.5

As misinformation about COVID-19 flourished, Facebook took a harder line on fake news about health, including banning anti-vaccination ads. And recently it banned both Holocaust denial and groups promoting QAnon, a popular online conspiracy.3

The other problem is who makes the decisions. The tech industry’s concentration means that a few unelected and potentially unaccountable executives are in control of a powerful medium for free speech.5

GOVERNMENT SUPERVISION ON THE HORIZON. CAN GROWTH AND REGULATION COEXIST FOR BIG TECH?

Governments are increasingly scrutinizing tech companies that have become critical infrastructure for billions of people and businesses to communicate, shop, learn about the world and be entertained. The result could be that the technology sector becomes more like banking, telecommunications, and health care industries - becoming subject to more government supervision.6

Some possible way to regulate Big Tech include:7

Establishing an SRO (Self-Regulatory Organization) - The social media industry could create a central governing body (similar to FINRA, the New York Stock Exchange, and the Options Clearing Corporation) that sets policy on acceptable content, policing sites, and protecting users’ data and privacy. These policies would be enacted evenly across the industry to help create a level playing field and improve transparency for end-users.

Force the breakup of Big Tech - Reduce the monopolistic power of Big Tech by breaking these firms into numerous independent businesses. Advocates for this approach believe tech companies have become too powerful, often buying up, copying, or limiting accessibility to potential threats. As such, less concentrated power could increase competition, resulting in further innovation and value for consumers. An anticipated downside of this approach is greater inefficiency, as each ‘baby tech’ firm would need its own organizational infrastructure and support, as well as have a higher cost of capital. A breakup would also result in substantial questions about how to divvy up the data aggregated across platforms. 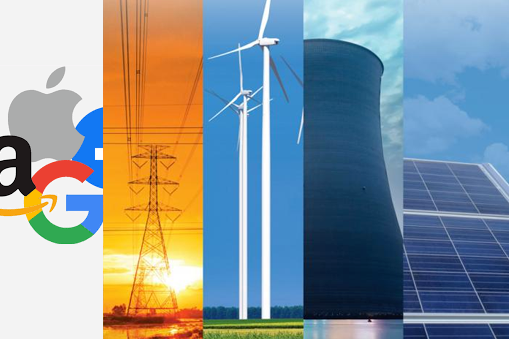 Turn Big tech’s data into a public utility - Like utilities, tech companies have become essential to our lives, with online shopping, search, and content sharing becoming as routine as turning on the faucet for water. Policymakers could take the position that Big Tech is an essential service and that monopolistic characteristics are preferable but should be regulated. Instead of having multiple companies collecting, storing and attempting to protect data, one carefully regulated utility could centralize this function to reduce redundant costs and put in place one robust solution for data protection.

Antitrust scrutiny of some of the largest companies in the world – and vital for the US economy – should be viewed as one of the most influential factors a government can have on its economy. New policies to regulate the tech space could impact employment, growth, and even national security given the gravity of the global tech arms race. For Big Tech firms, even if no immediate resolution is reached, it could result in distractions, dampening innovation. It is important that policymakers and regulators carefully consider each of these factors and create an optimal solution that promotes innovation and growth while protecting consumers.

OPPORTUNITIES FOR PRIVATE INVESTMENTS IN TECHNOLOGY

Increased scrutiny of Big Tech's power may have some shareholders sweating it. But not so for private investors. According to alternative investment manager Hamilton Lane's CEO, Mario Giannini, that might be good news for the private equity industry. "Reducing the dominance of large technology companies… is probably not great for some portions of the industry, but good for private equity," Giannini tells Fortune. "Right now, when any private equity firm does a deal, … if it’s not their first question, it’s one of their top three questions: ‘Is Amazon going to enter this space, yes or no?’ And that has a huge impact—‘Is Google in this space?’” he says.8

However, additional antitrust regulations and government intervention may be on the horizon, which could stymie future mergers and acquisition of private companies with some of the larger Big Tech counterparts. Senator Amy Klobuchar, who leads the Senate panel overseeing antitrust, has made her critiques of the industry and existing antitrust law well known. Last year, during her failed run for president, she promised to get tough on the biggest tech companies. “We have a major monopoly and competition problem,” Ms. Klobuchar said. “People have just finally had it.”

In coming weeks, she plans to introduce a bill aimed at limiting corporate monopoly power across the economy, with a particular eye on tech. The proposed legislation, which faces steep competition in Congress, would erect new hurdles for giant corporations trying to buy out smaller competitors, preventing a repeat of deals like Facebook’s acquisition of Instagram in 2012. Yet such legislation may be cause for concern for some private businesses, like Internet start-ups, in that it could serve as a roadblock to their exit strategies to be acquired by a Big Tech company. Agriculture, pharmaceutical and other industries might also be affected by further changes in antitrust laws.9

Nevertheless, private equity firms have shown a growing embrace of the tech industry over the past decade or so, following in the footsteps of industry pioneers Silver Lake, Thoma Bravo and Vista Equity Partners. That continued in 2020, as the percentage of US PE investments in the information technology sector reached an all-time high.10

The private equity industry has brought corporate governance to smaller companies and provides an attractive manner of gaining exposure to a growth sector like technology. A much greater depth of information on proposed company investments is available to private equity managers. This helps managers more accurately assess the viability of a company's proposed business plan and to project the post-investment strategy to be pursued and expected future performance. This greater level of disclosure may contribute significantly to reducing risk in private equity investing. Equivalent information in the public markets would be considered "inside information," which means investors in public markets will know less about the companies in which they invest.11

There is a growing recognition that tech’s dominance will continue to persist.

View a sample web-based investment proposal that includes some of the institutional tech-focused private equity funds available for your clients’ portfolios.